Ronald Koeman has jobs for his attacking players -- can they do them?

Ronald Koeman’s first year in charge of Everton was, in a lot of ways, an experiment.

The Dutchman joined a club with a world-class striker, two of the best full-backs in the Premier League, — and not a whole lot else. He spent a fair bit of time last season trying to figure out how best to utilize his most important players, while also bringing in and acclimating new players of his choosing.

That world-class striker is gone, and one of the two star full-backs is out with a broken leg, but the summer has given Koeman plenty of time to continue adding players to his squad and another preseason to put those players into his preferred positions. With that information, it’s become pretty clear what Everton’s manager wants to see from his players — a setup I’ve outlined below.

In the final post of this three-part tactical preview, I’ll focus on the attackers, where Koeman has a clear plan in place, but still lacks the players to make good on his vision.. (You can also check out my tactical preview of Everton’s midfielders and defenders.)

The tactical play of Everton’s attackers, more than any other position, relies upon and intertwines substantially with the play of players in other positions. Before you can understand the role of Everton’s front three, we must take another look at what its full-backs and attacking midfielder are expected to do.

The full-backs, as has often been the case for as long as Leighton Baines and Seamus Coleman have partnered on the back line, are expected to get forward frequently, create width, interplay with the wingers, and whip crosses into the box.

Everton’s attacking midfielder, likely Davy Klaassen this season, isn’t a true creative No. 10. Rather, he works with the box-to-box midfielder (Idrissa Gana Gueye) to harass opponents in defense and make late attacking runs into dangerous areas in attack. He will sometimes serve as a creative outlet, but that isn’t his top duty in attack — he’s there more to serve as a secondary goal-scoring threat.

This combination of factors brings us to Everton’s “wide” players.

With full-backs driving forward to provide width, the wide areas are largely filled in attack.

With the attacking midfielder working off the shoulder of the striker, rather than between the opponent’s midfield and defensive lines, there’s a creative gap in the center of the pitch.

Imagine the ball is with the right-back down the right wing in the following graphic.

This setup is great once the ball gets into the attacking third, but getting the ball there in this setup can be a challenge. Usually, Everton looks to play the ball forward through its deep-lying midfielder (either Morgan Schneiderlin or Gareth Barry). That player will look to ping the ball forward primarily to either the full-backs or the wingers as they come inside.

If the longer pass out to the full-backs isn’t on, that puts a ton of pressure on the wingers to be able to pass out of tight situations 40-50 yards from goal — and if they fail, Everton won’t be able to generate attacks, and may well find itself facing a quick and dangerous counterattack.

The players being looked to in that role right now, two days before the start of the English Premier League season? Kevin Mirallas, Sandro Ramirez, Wayne Rooney (possibly), and youngsters Dominic Calvert-Lewin and Ademola Lookman.

The Toffees might get away with that against Stoke on opening day, but the talented central midfielders and defenders at Manchester City, Chelsea, Tottenham, and Manchester United (Everton’s next four opponents) will feast on the limited technical ability and composure under pressure those players bring in those high-impact areas.

Gylfi Sigurdsson is a perfect fit to play one of those winger positions, and it’s easy to see why Ronald Koeman wants to bring him to the club. One of Mirallas, Sandro, or Rooney can reasonably fill the other spot, but without at least one technically-gifted player to play the wide position, Everton will be in trouble.

Everton may choose to play through its full-backs and whip crosses into the box, through its inverted wingers in the middle of the pitch, and even on the counterattack or via long balls in certain situations. So, the exact role of Everton’s central striker will vary from match to match and moment to moment.

Perhaps the most important skill for Everton’s first-choice striker will be the ability to read the match and find space, because Everton’s attack doesn’t solely rely on one player or one style.

Everton’s attack doesn’t solely rely on one player or one style.

In some cases, he’ll have to position himself to receive through balls in behind the back line from the inverted wingers. In others, he’ll need to patiently wait for crosses or pull-backs from the full-backs. Occasionally, he’ll probably have to drop deep to help the wingers work the ball from the middle third into the attacking third.

As it stands now, Everton doesn’t have a striker who can do all these things. Rooney is comfortable dropping deep, Sandro is comfortable making runs in behind, and Calvert-Lewin is big and strong enough to be a target for crosses — but none check enough boxes to be Everton’s first-choice striker.

Koeman has an attacking plan that makes sense on paper, and one that’s worked for other teams in the past — Tottenham Hotspur used a similar setup at times last year to great success. 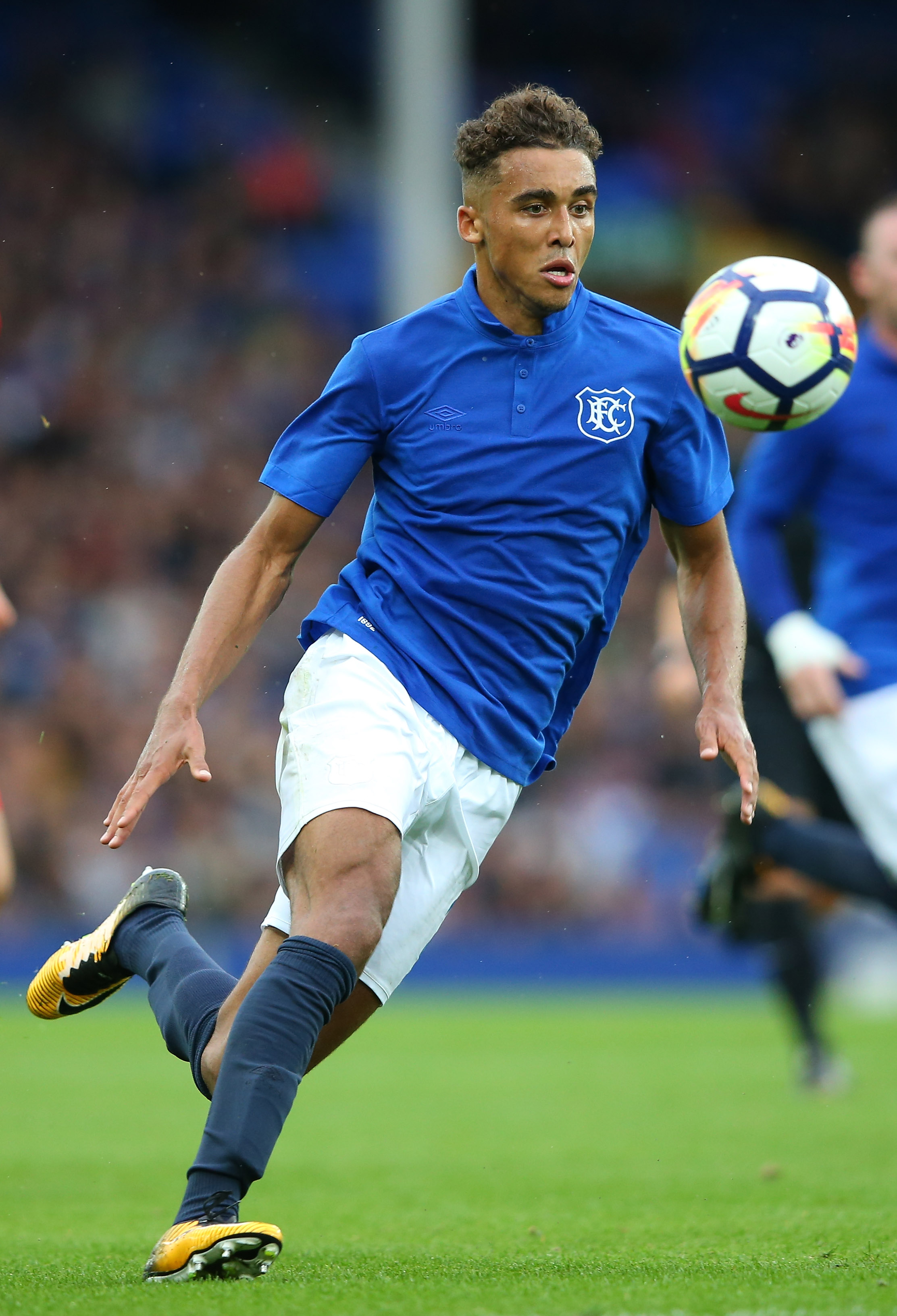 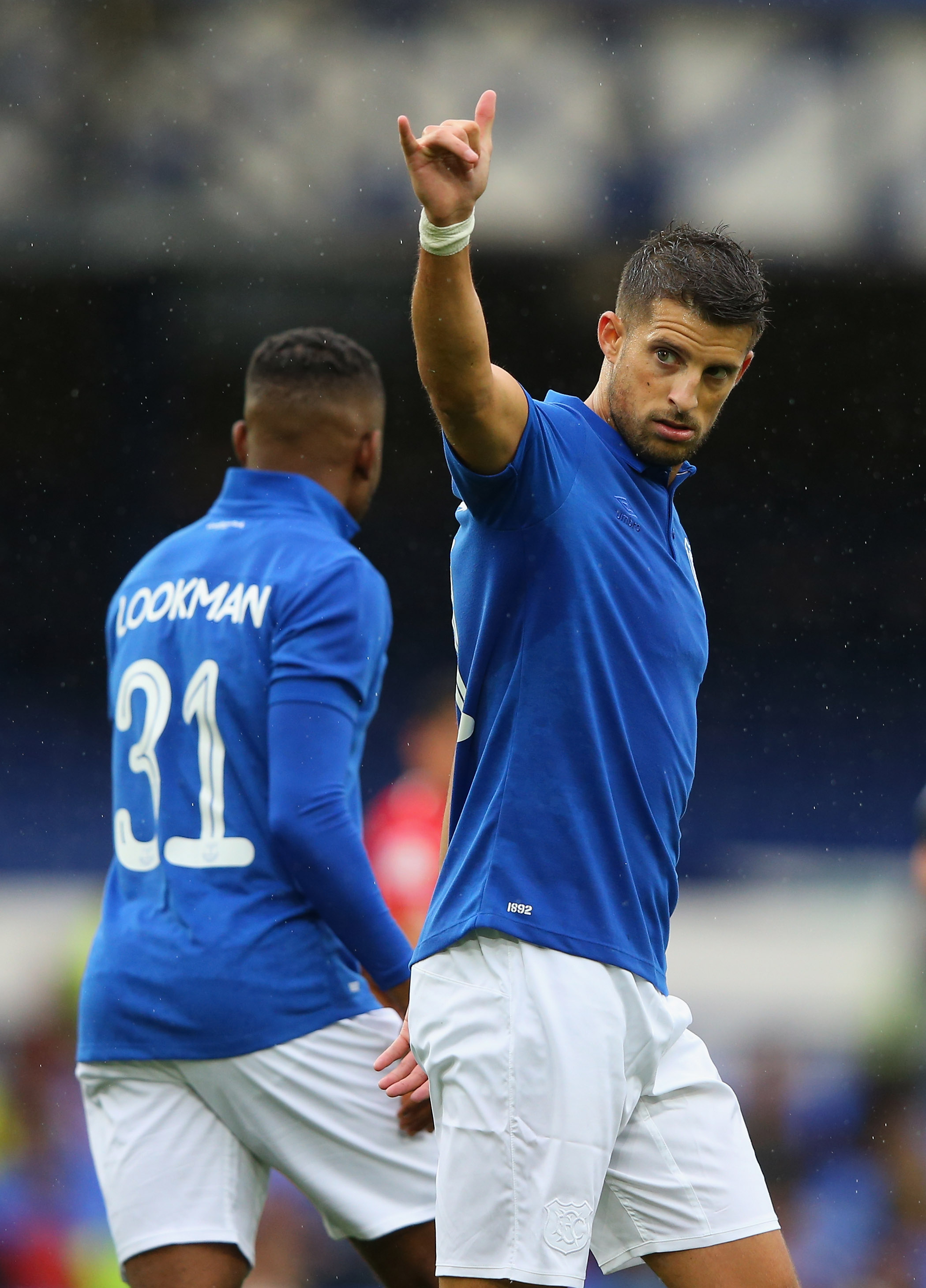 But that front three — Rooney, Sandro, and Mirallas — needs reinforcing quickly. The setup can work, but at least two of those players have to be replaced for the Toffees to make legitimate improvements in the league this season.