Everton share Merseyside with Liverpool. The matches between the two clubs are often referred to as "The Friendly Derby" because within a family, you will find both reds and blues. It's a love/hate kind of thing. When it comes to football, it's all business, but off the pitch, things don't get too nasty. However, when Evertonians saw that their manager Ronald Koeman had a RED Christmas tree, they went off the deep end. 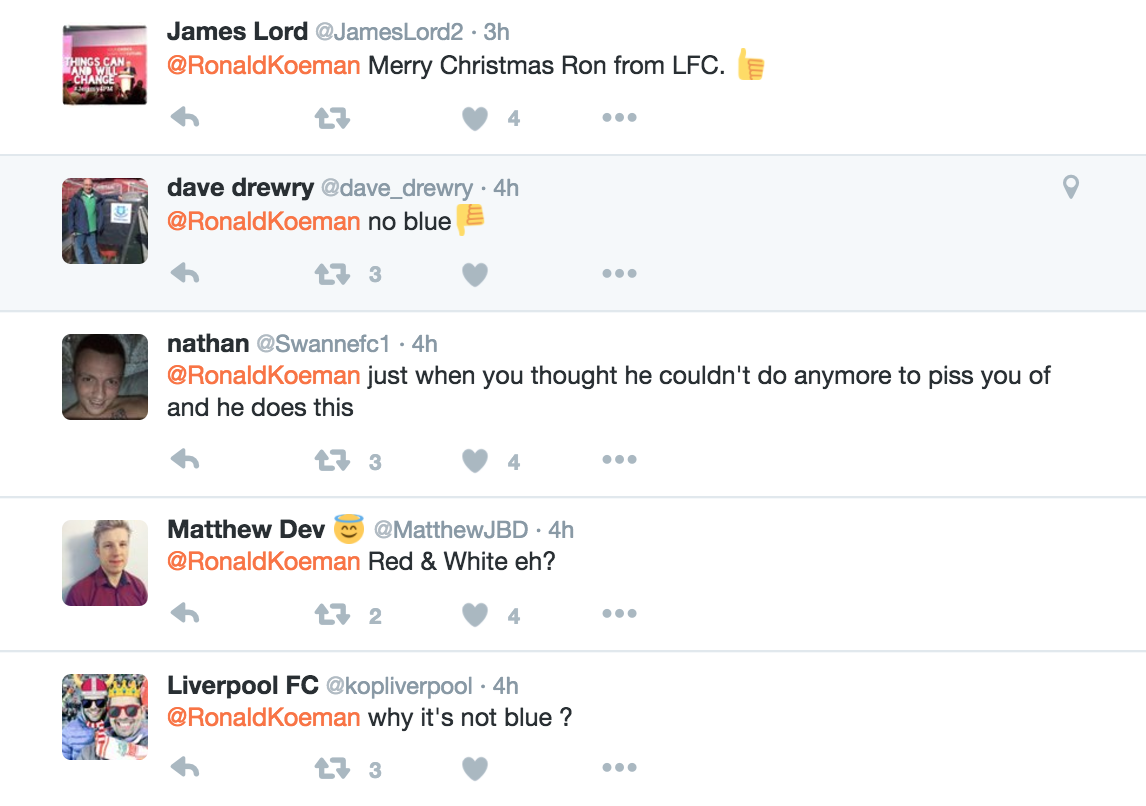 Oh dear, we are making ourselves out to be a sensitive bunch, aren't we? Red is a Christmas color. As is Green and sometimes white. You're telling me no Evertonians own anything red?

The gaffer responded with his OTHER tree. The man has TWO Christmas trees. Anyway...

I Think there are more serious problems in the world, than making a big story out of a #ChristmasTree !!!

You said it, boss. Make your tree whatever color you want and go win Everton some football matches.