Images appear online ahead of launch

Share All sharing options for: New Away Kit Leaked?

Pictures of what appear to be Everton's new 2014/15 away kit have appeared online a few days before its official launch.

The kit, designed by Umbro, is due to be officially unveiled on Friday and is expected to be worn for the first time against Leicester in a pre-season friendly in Bangkok on Sunday.

It should also be worn on the first day of the Premier League season when Everton play the same opponents at the King Power Stadium on August 16. 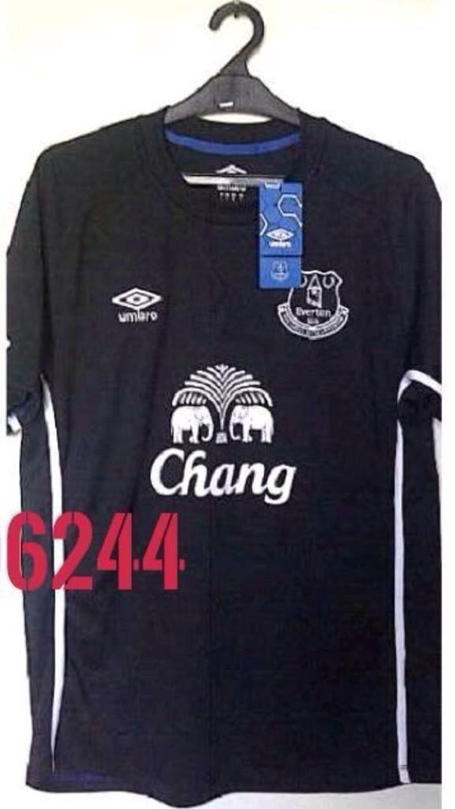 The kit, revealed by @MartSlinger93 on Twitter, is predominantly all-black with white piping down the sides.

Like the home kit it has 'Umbro' printed on either sleeve but has a round neck rather than the grandad collar found on the home shirt.

Is this the real kit? It certainly seems like it, and we will find out either way on Friday when the official launch takes place.

A third kit will almost certainly be released too later this summer, expect a lighter colour - maybe even all white - given the dark shades used in both the home and away kits.