No Lukaku Resolution for Two Weeks?

The wait to discover the fate of Romelu Lukaku has dragged on through the weekend, with a resolution not expected in the next two weeks according to a Chelsea assistant.

Share All sharing options for: No Lukaku Resolution for Two Weeks?

It's been a weird weekend on the Romelu Lukaku front. How about a quick recap of the timeline? First, on Friday we had this:

Romelu Lukaku could rejoin Everton on permanent deal in the next 48 hours http://t.co/ZaOhO6SMo1

Everton closing in on a deal to sign Romelu Lukaku from Chelsea http://t.co/lwPKCJltPt pic.twitter.com/DCotUfKRbV

And then if that wasn't enough, we heard this vague yet intriguing report:

Increasing confidence that @Everton will complete a deal for Romelu Lukaku: looking like extensive preparations been made for his arrival

But then on Saturday Sky Sports had to come in and knock us back into our usual summertime depression. Sad face:

Romelu Lukaku is set to return to Chelsea for pre-season and fight for a first-team place, according to Sky sources.

Reports in Saturday's newspapers suggested Lukaku is close to signing a permanent deal with Everton, where he scored 16 goals during a loan spell last season.

But Sky sources say Belgium striker Lukaku will be back at Stamford Bridge after his post-World Cup holiday. 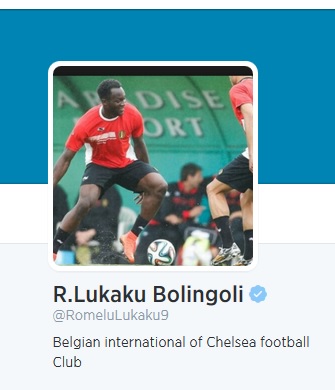 However, the Echo gave us some hope:

And now, earlier today we heard this:

Assistant first-team coach Steve Holland is not expecting a decision to be made on Romelu Lukaku’s future at Chelsea within the next two weeks.

The 21-year-old, who has yet to score for Chelsea since his 2011 move from Anderlecht, is due to be assessed by Blues boss Jose Mourinho before any decision is made about his future.

"The plan is that he will join up with us at some stage during the second week when we are in Holland," said Holland after Saturday’s 3-2 friendly win over AFC Wimbledon.

When asked if he will not be leaving before then, Holland replied: "That’s the situation as I understand it."

Just a typical weekend in the life of an Everton fan, right?

So where do we stand now? Based on Holland's statements, it seems like a relatively sure bet that Lukaku will be joining Chelsea for their pre-season preparations when he returns from holiday. After that, who knows? There are so many factors at play, and without knowing what Lukaku and Jose Mourinho are thinking it's difficult to predict what will happen next.

Obviously, a quick resolution to the transfer saga one way or another would be hugely beneficial for Roberto Martinez; if he knows that Lukaku is set to stay at Chelsea he would be free to move onto other targets. But while the situation is still up in the air, Martinez may find it difficult to make significant signings without knowing how much money he has to spend or how many players he needs to secure.

The worst case scenario, which seems depressingly possible, would be for Lukaku to return to Chelsea without a firm commitment from Mourinho about his future, Everton drags its feet in the transfer market as a result, and Arouna Kone is our starting striker on August 16. The darkest timeline, if you will.

Or maybe Lukaku is introduced as our new #10 on Monday morning.

I really have no idea at this point.