Instant Reaction: Everton does the league double over Manchester United

Share All sharing options for: Instant Reaction: Everton does the league double over Manchester United

Buck Dharma of the Blue Öyster Cult once wrote: All our times have come, here, but now they're gone. Seasons don't fear the reaper, nor do the wind, the sun or the rain.

We can be like they are...Come on Moysey baby...Don't fear the reaper.

Who ever this is should get a free season ticket hilarious #GrimReaper pic.twitter.com/aLQTwRIgcT

For the first time in 44 years, Everton have done the season double on Manchester United. Time to go ahead and order that Roberto Martinez statue? Maybe not yet, that Crystal Palace match is still a thorn in my figurative side, especially if it ends up costing us 4th.

Don't get me wrong, I love Roberto, he's been amazing and I'm not mad at all. Just still a little disappointed from that loss.

Anyway, on to the match.

You really couldn't have asked for a better first half. It's always dangerous to allow a team like United to control the ball so much, but when you're organized defensively and take advantage of your counter attack opportunities, it works.

As for the second half, it worked too. If anything it was boring, which was just fine with me considering Everton had a 2-0 lead. 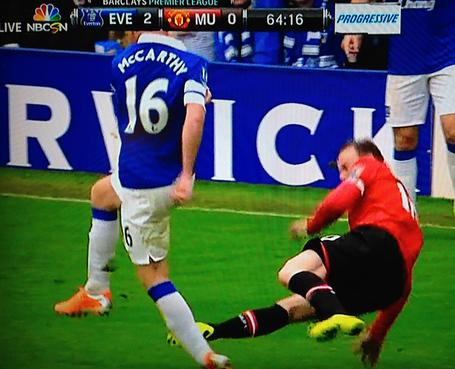