That performance was absolute rubbish.

I'm not going to write a blow-by-blow account of the match today. Honestly, do you really want to read that?

Instead, I'm just going to write whatever comes to mind, because what transpired today at the Stadium of Light left me questioning how good this team really is. I try my very best not to overreact to bad performances - there's already enough of that in the Everton online community - but this showing was simply odorous. And that's really disappointing.

Sunderland have allowed 45 goals this season, 11th in the Premier League. Paolo Di Canio jumping around like a moron on the sidelines didn't suddenly make them a good defensive team today. There should be absolutely no excuses - no excuses - for Everton failing to force Simon Mignolet to make a single meaningful save all afternoon. And the one excuse I definitely don't want to hear is anything having to do with our manager.

People love to talk about managers and the effect they have on their teams, but that talk is usually just silly blathering that oversimplifies things and fluctuates wildly in tone based on whether or not the team won or lost its most recent game. Sure, managers obviously influence a team's style of play and overall attitude, but the amount of credit and blame they are given for the results between the lines astounds me.

Of course, maybe I'm being overly critical. Maybe this team is just not that good, or at least not as good as we would like to think looking through our blue-tinted glasses. I don't think the quality of this team is particularly different than the quality of the teams that made it to Europe three straight years from 2007-2009, but the problem is that the quality in the Premier League has gotten deeper since then. There is less margin for error in games like today's, or the Reading game, or the Norwich game, or the QPR game, or the Fulham game, because there are too many teams in the top half of the table who will take advantage when you do slip up.

I try to keep the cursing to a minimum on here. But seriously, fuck that game. 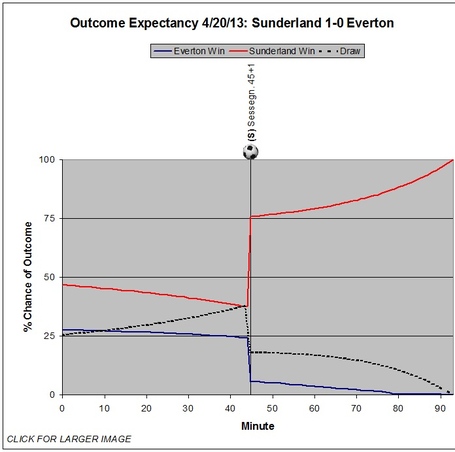