Barkley received the top prize, the Keith Tamlin Award, for displaying excellence, attitude and application during his tenure at the youth academy. There is little to be said about Barkley that Toffee fans don't already know, it just remains to be seen when manager David Moyes will give him another extended run with the senior squad. He is seen here receiving the award from honorary Academy President Keith Tamlin, who the award is named after. 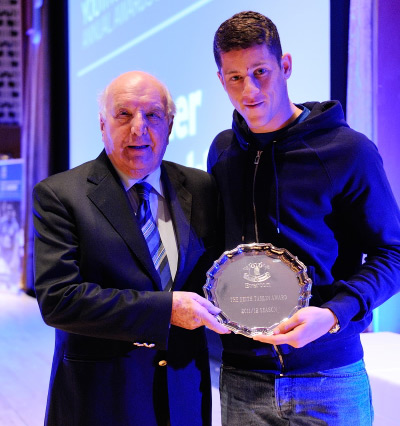 In other awards, Conor Grant was named the Under-18 Player of the Season - the local-born left winger finally made his breakthrough this year and played a few games for Alan Stubbs' reserves. Grant just turned 17 last month and could be headed for a very bright future within the Everton system. He received his trophy from legendary striker Duncan Ferguson. 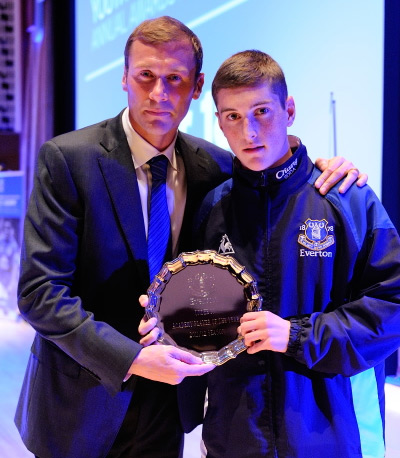 The Goal of the Year prize was hotly contested with five nominees, with Welsh Under-17 captain Gethin Jones getting the nod for his headed goal which finished off a flowing move where no less than nine outfield players were involved in the buildup. Jones received his award from Everton Life President Sir Philip Carter and his Under-18 coach Kevin Sheedy. 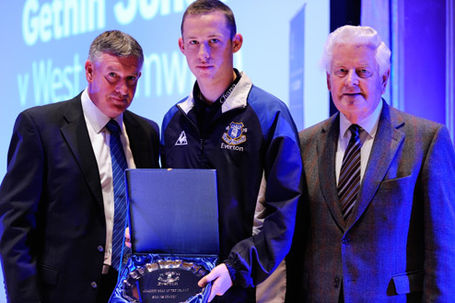